Juventus Bucuresti started out as a group of friends with similar interests, Fifa and football being the main glue for the Romanian side at the time. It was over 5 years ago that this happened, all years captained at the helm by Cristiano.

Things have changed over time with the team adapting to new challenges, going through multiple generations of players and leagues.Juventus started out in a local league, finishing twice as the Romanian Champions, the club grew internationally, recently having good results in both the UCL and PRO League HOF. Cristiano was quoted saying " This is the strongest squad that our club ever had and we hope to only get better".

Tactical changes were brought along with a new generation of players, the squad boasting quite a good mix of new and old players to the pro clubs scene.

Sky's truly the limit in terms of our club and we're hoping to challenge for the top in everything we do. 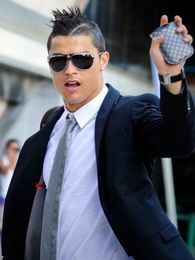